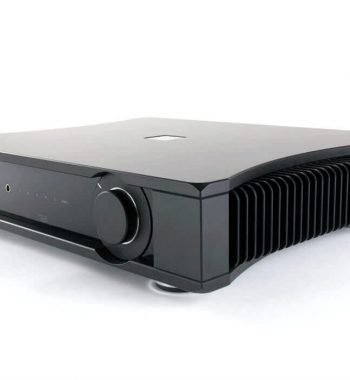 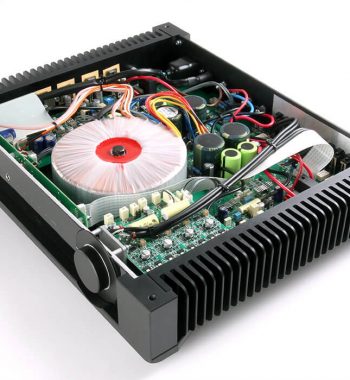 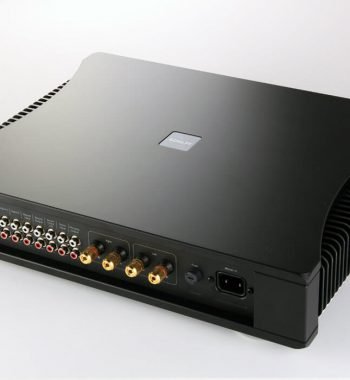 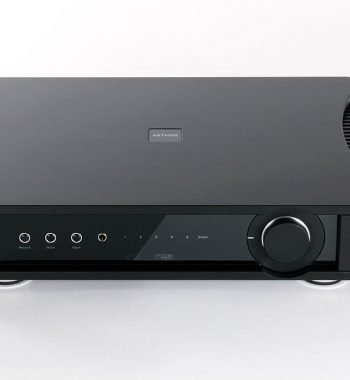 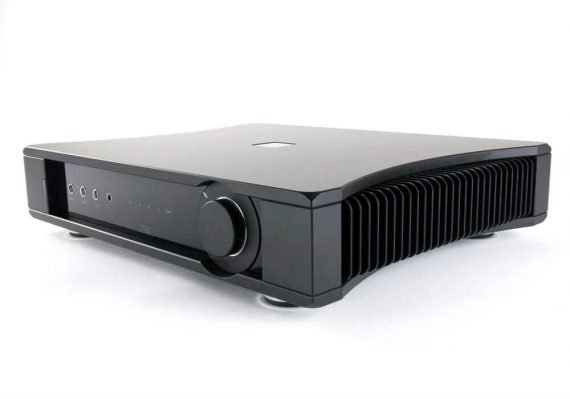 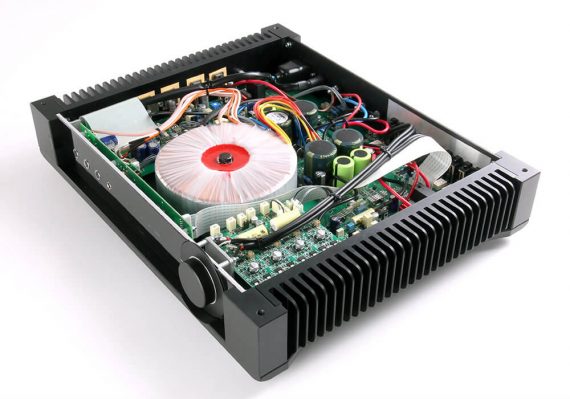 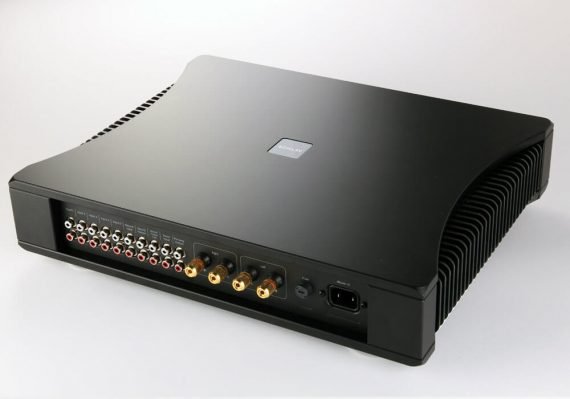 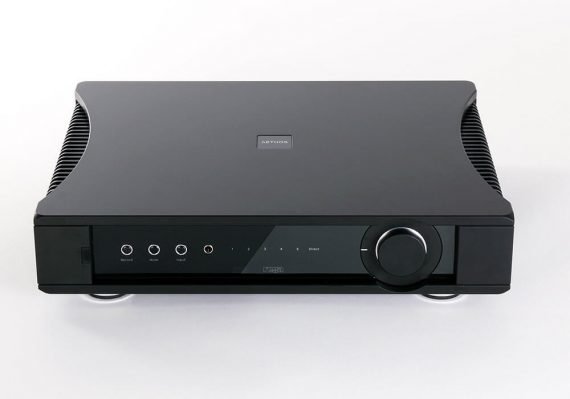 The Aethos stereo amplifier is housed in a brand new custom designed case. Employing four 160 W 16 Amp output transistors per channel, this delivers 156 W per channel into 6 ?. The Aethos is a dual mono design using a custom wound toroidal transformer and regulated supplies for the sensitive amplification and driver stages. The pre-amplifier stage uses class-A discrete circuitry throughout. The Aethos is a no compromise product with one goal, to deliver your music as faithfully as possible. The Aethos has been built to Rega’s high standards of reliability and quality to ensure many years of musical enjoyment.

Our time, effort & money have been spent on developing the circuit and construction, utilizing the highest specification of components throughout. As part of the design we have included useful features such as the switchable direct input and preamplifier output, to enable the new Aethos amplifier to be used in a wide combination of systems. The headphone socket has been integrated such that the speaker switching is performed by the output mute relay as so not to obstruct the signal path and degrade the sound quality.

Rega has taken the design concepts underpinning the multi award winning and hugely successful Elex-R and Elicit-R and propelled the performance to the next level and beyond with a 125watt dual mono design with features such as fully discrete FET based line amplifier, polypropylene capacitors throughout the signal path, K-Power reservoir capacitors, power amplifier regulated supply and a high current output stage comprising of four 160w Sanken output transistors per channel.

“This is an amplifier that possesses huge reserves of depth, detail and definition” Ed Selley Hi-FI Choice Dec 2019.

“It doesn’t matter what kind of speaker you are using, Rega’s Aethos gives you a unique combination of engagement, enthusiasm and joy…Fantastic sound quality, highly musical, and excellent balance” Stereo + Dec 2019

The Aethos uses a high performance combined feedback and passive volume control plus line amplifier, which was originally developed for the Elex-R.  Improvements have been made to the volume control and line amplifier stages in the Aethos with the use of discrete FET input operational amplifiers using the Linear Systems LSK389 FET and the well-respected RK27 ‘Blue Velvet’ potentiometer. The feedback and input levels are varied to set the required volume level. The level and tracking between the two channels is set by the close tolerance parts in the pre-amplifier circuit and less by the actual potentiometer itself, thus keeping the mismatch of channels due to volume control tracking irregularities to a minimum, further improving on the performance of the RK27 potentiometer. As well as keeping tracking irregularities to a minimum, this method also reduces noise and input overload as the control will only ‘use’ the required gain to amplify the signal. This form of volume control is normally only found in professional broadcast environments where accurate low noise control of levels is required.

The power amplifier used in the Aethos is an improved higher power version of the power amplifier used in the Elicit-R and Elex-R. The output amplifier used in the Aethos, was born after extensive research by our engineers to develop a low source impedance emitter follower Class-A driver stage. This is based around two complementary pairs of 160w Sanken Darlington output transistors. The technical and sonic improvement gained by the use of low impedance drivers is well known, however, it can feature high standing currents in the driver stage when using standard transistor configurations. By combining the low impedance driver with the Sanken Darlington transistors (with their imbedded thermal bias network running at a lower standing current), this combination forms a complementary emitter follower emulating Class-A conditions with good thermal stability and lower standing currents in the driver stage. Due to the nature of the Rega power amplifier circuit, we are able to run two complete output stages in parallel, this includes the output transistors, bias network and pre diver transistor this is instead of paralleling just the output transistors as normally found. This ensures the 125-watt output is achieved with complete ease. 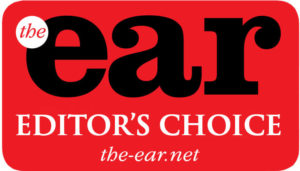